‘Nothing left’ for people in famine-stricken southern Madagascar 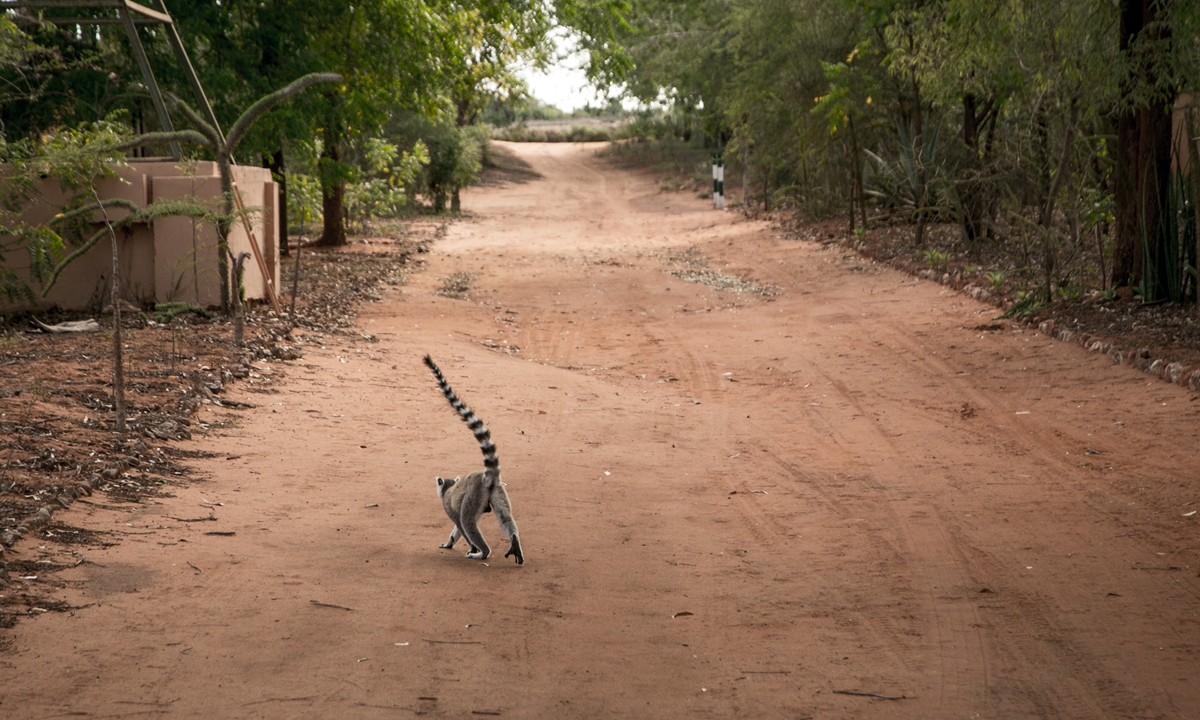 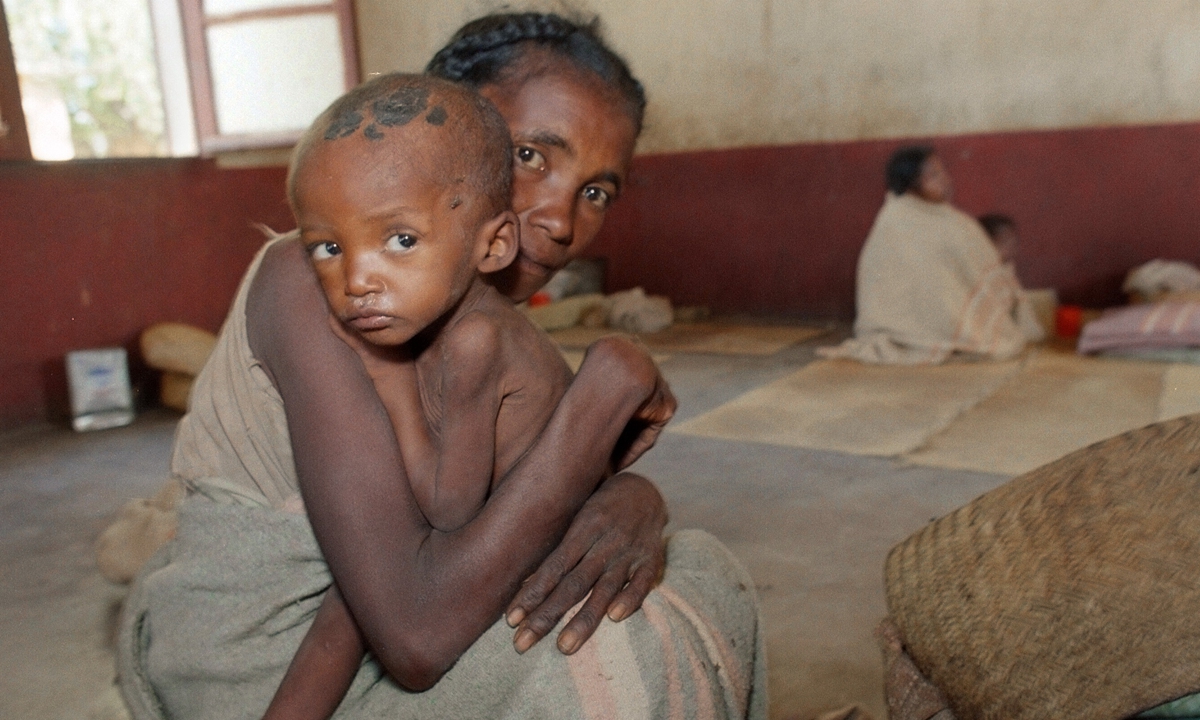 A woman holds her malnourished child as they wait for food at a feeding center in Fort Dauphin, south of Madagascar. Photo: AFP

“Look at my child – please help us!” cries the woman.

She hurriedly undresses the five-year-old girl, uncovering gaunt arms and ribs that are painfully visible under the skin.

The child allows herself to be pulled around before starting to shake.

The mother and her daughter live in the famine-stricken region of Anosy in Madagascar’s far south.

Penniless, they have another 10 kilometers to walk from the village of Fenoaivo to the nearest health center.

Further along the road, a family holds a silent vigil outside the hut where their father has lain since dying of hunger four days ago.

“We can’t bury him because we don’t have a zebu (cow). We won’t have a meal to serve, which is the most important thing for us,” says the dead man’s daughter Rahovatae by the low-burning fire.

The family has been digging for roots, the only food available while waiting for help to arrive.

“There’s nothing left here where we’ve been digging,” says mother of nine Rahovatae, a spade in her hand in the small wood outside the village.

She tears off a piece of one of the cactuses they have been eating for want of anything better.

“I chop off the spines with a knife. It’s horrible, it’s bitter and it sticks to the roof of your mouth. Even when you cook it it doesn’t taste of anything. It’s making us weaker,” she complains.

The deserted hamlet where the family lives is one of those known to aid workers as “zombie villages” – home only to small numbers of wasted people who seem to be waiting for death.

Rahovatae and her family are among over a million Madagascans in need of food in a vast area spread over 42,000 square miles(110,000 square kilometers) – around the size of Virginia or New Zealand’s North Island.

Years with little rain have made farming impossible, while sandstorms have turned huge stretches of arable land barren – effects the UN has linked to climate change.

“We planted but there was no rain. Everything that’s planted dies. We don’t have anything left. Some of what we owned we sold, the rest was stolen by bandits,” says Sinazy, a mother of eight in Mahaly.

Her 17-year-old son Havanay is breaking wild nuts inside their little earth-and-straw hut.

“We eat the insides, this white kernel,” he says.

“I break these from morning until dusk. But the fat can make you ill. I shake after I’ve eaten it,” Havanay says.

World Food Programme (WFP) chief David Beasley has compared the plight of the starving in Madagascar to a “horror film,” saying it was “enough to bring even the most hardened humanitarian to tears.”

Around 14,000 people have already reached a stage the WFP defines as level five, a “catastrophe when people have absolutely nothing left to eat,” says the organization’s Madagascar chief Moumini Ouedraogo.

The UN estimates it will need $78.6 million to provide vital food aid in the next lean season starting in October.

Several aid groups have been handing out hundreds of tons of food and nutritional supplements for months with government help.

But this isn’t nearly enough.

In Ambovombe, the main town in hard-hit Androy region, hundreds have been surviving without help for months.

They beg and eat food scraps from the market – even leather offcuts given to them by sandal makers.

Boiled with a little salt to soften it or grilled, the leather “tears up our stomachs, but it’s because we have nothing. We’re suffering badly,” says Clarisse.

President Andry Rajoelina has launched “several actions” since his 2019 election aimed at “a true transformation in the south,” his chief of staff Lova Hasinirina Ranoromaro said, adding that there is “strong political will.”

The president himself has announced via Twitter that “140 major projects” will be launched in agriculture, water supply, public works and health.

Madagascar has gone through 16 recorded food crises since 1896.

Researcher Paubert Mahatante says that as well as climate change, other factors including “the population explosion combined with exhaustion of natural resources,” are to blame.

Neither the government nor the WFP publicly tracks the number who has died of starvation, but AFP has tallied at least 340 deaths from local authority figures in recent months.

Bring love with the roads