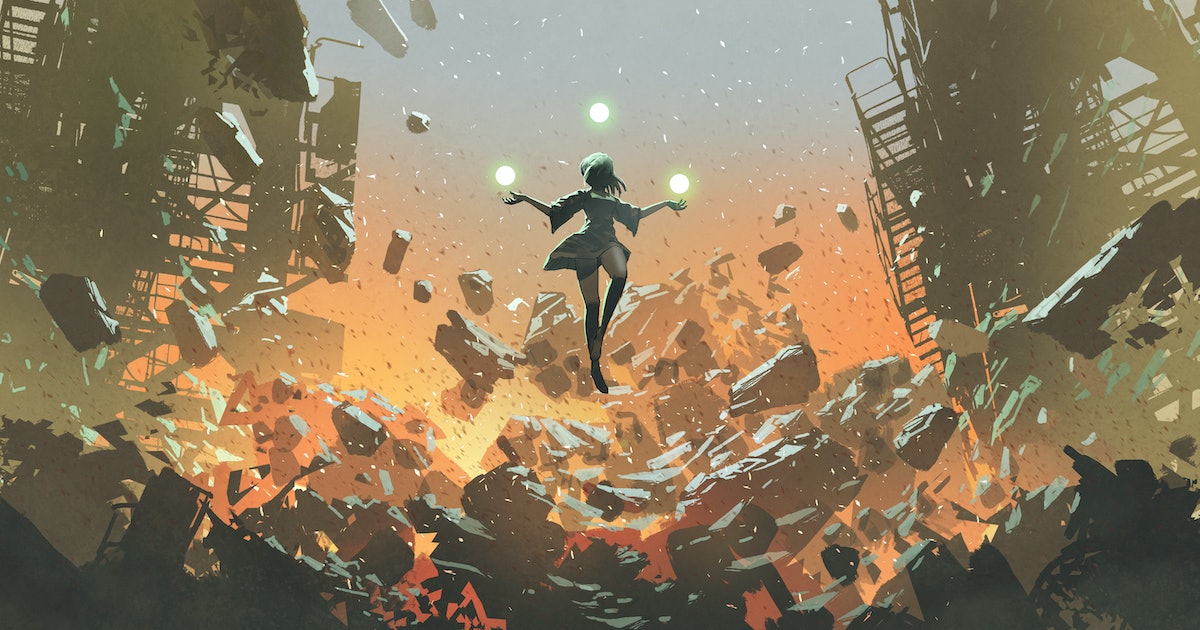 Allegories are as old as stories themselves. Even the most ancient myths are really just life lessons dressed up as fantasy. But once you combine allegories with science fiction, that’s when things get really interesting.

Sci-fi allegories take real-life issues and heighten them to unbelievable proportions. For example, James Cameron’s Avatar communicated a firm environmentalist and anti-colonialist message through the exploitation of an alien planet.

Allegories can get preachy, especially with age, but this 2018 thriller now streaming on Netflix does something different. Freaks tells a tale as old as time but uses clever moviemaking techniques to make it feel brand new.

Released in 2018, Freaks is a sci-fi thriller written and directed by Zach Lipovsky and Adam Stein. It follows Chloe, a seven-year-old girl recluse who lives with her dad, Henry. Henry forbids Chloe from leaving the house, claiming there are bad guys out there who want to kill her.

While on her own, Chloe encounters a “ghost” of what she assumes is her mother and longs to visit the ice cream truck outside her house. She somehow wills her neighbor to bring her a cone.

At first, Freaks feels like Room, another drama about a child being held captive with their parent, but the truth here is far more sinister. Chloe is revealed to be an “abnormal,” a section of the populous who possess supernatural abilities. The abnormalities are genetic, so both of Chloe’s parents possess powers as well. In fact, Henry has been slowing down time outside the house. While Chloe is 7, to the outside world it’s only been a few months since she was born.

That power is partly what gives the film its haunting feel. Co-director Zach Lipovsky told No Film School they used sound design to both heighten the ambiance and hint at future plot points.

“We took bird song…normally, you put sounds of birds during the day and crickets at night as your typical background noises, and so we slowed those down to 1/100 of their speed, and got this surreal background feel where it almost sounds like whale songs. You don’t quite know what you’re hearing, but it’s got this surreal quality.”

This surrealism is also reflected in Chloe’s powers. The “ghost” of her mother that she sees is actually a telepathic image of her mother trapped in government detention displayed like a hologram for Chloe. This allows the film to show action happening miles away within the same secluded set, a method that’s both economical and incredibly immersive.

The acting in Freaks is almost as superpowered as the plot. Aside from typically stellar performances from Bruce Dern and Emile Hirsch, Lexy Kolker plays Chloe with maturity and emotional nuance that’s difficult to find in even the biggest film releases.

The powers seen in the film are also carefully chosen, and so much of the character can be pulled from them. Lipovsky told No Film School:

“I’m a big fan of thinking of elements that come from the characters, so it’s not just powers for powers’ sake, but it’s figuring out, ‘Okay, if this person had an extension of their personality, what would it be? That’s a father who wants to put their child in a bubble. Someone who’s a trickster, wanting to disappear.’”

Chloe, a girl forever locked inside her house, unable to control anything out of her reach, develops a power fitting her situation, and it’s one that holds the key to her escape.

Released at the height of the Trump era, Freaks is a blatant allegory for xenophobia, but underneath lie the bones of a strong superhero story that’s just aching for a sequel. Fortunately for Freaks (though unfortunately for us) fear of the unfamiliar and paranoia even about our own neighbors isn’t going away anytime soon. This dystopia will stay terrifyingly familiar for the foreseeable future.

Freaks is now streaming on Netflix in the U.S.